After the olf aerial removed, i found the installation mast is vibrating in wind, so I firstly drill two 6mm holes on the mount, then screwed in to hex lag screws to secure the mount. It makes the mast more stable but since the wood board is soft, it’s still not ideal, luckily the Freeview aerial does not require a accurate position like a satellite dish so it’s still ok. 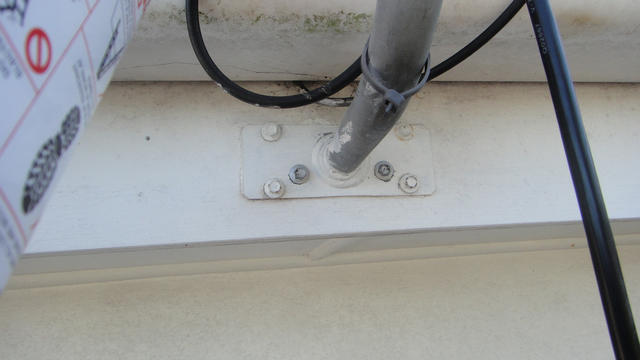 A new aerial in set up. Western signal is weak, after 10 minutes trying I only got 48dBA, after a cable transmission, in the living room it is reduced down to 38dBA, and only those channels from CH29 show up but still with picture and sound cutting in & off.

Saint John’s is a weak signal area. When I was working on the ladder, the other guy came over across street asking the weak signal issues. I suggested him to remove the vhf & uhf combiner first and see if it helps. He told me he only get a few channels like TV One, so it must be the same week signal issue like this Felton Mathew Ave house.

I decide to try a different transmitter. Sky Tower is out of sight, so I point it to the eastern Waiheke Island. 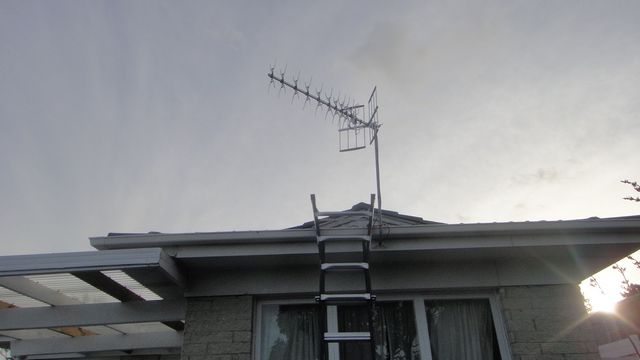 There are in total 5 locations we can point the aerial too. In most of the places, western Waiatarua tower is the best choice. If you are close to Sky Tower, set it up as vertical reception. Pinehill is only for North Shore weak signal parts. Remuera is a minor one, not much useful. Waiheke Island is a good choice for Eastern part of Auckland, it’s vertical reception.

Hobby Solar NZ
00:19 26 Jan 21
Tried to book repair - didn't turn up , was a day late. Phoned again - turned up - said he had to come back tomorrow... when it wasn't raining, then didn't hear from him for several days. Just called him again, says he emailed me a quote , will re-send, phoned again as no quote received, very rude and hung up on me - then now wont answer phone. Bad service - if you didn't want the job mate just say so - so ruderead more

Marco Dela Pena
18:04 25 Sep 20
I sent an enquiry at night and very quick response from Eric and Carl. A visit organized for the following day within... minutes. We had no signal on our TV so Carl investigated the issue and worked from the wall plug to the ceiling where he found where the issue was and quickly fixed it. Very efficient. All for fixed fee so no surprises.read more