Being a professional dish and aerial installer, I have more time enjoying the outdoor activities, not to say much more time to experience the great view of Auckland from different locations, mostly on roof top, which are not common view perspectives for other jobs. I consider it as a great advantage of being a dish installer: I can meet and talk to different kind of people, I don’t have to stay in office sitting behind computer all day, i can experience all weather of four seasons while I have to keep myself physically fit to get the jobs done so I do not have to worry about my health much.

Anyway, back to the installation location topic. I found there are too many nice houses ruined by the bad and ugly aerial and dish installs. Here I can give some examples.

Example 1: See the dish and analog aerial at the right end of this nice house?

The reason why they were there was because of the installer’s laziness. If I were there to do the job, the best location is the back part of the house, over the top T point while we wont’ see a dish and aerial at all after installation. Signal will still be perfect since the dish is facing the other way, aerial does not have to be extremely high in this open neighborhood.

A non-penetration roof top installation will be good as well, you can only some some parts of the dish and aerial from this stand point. 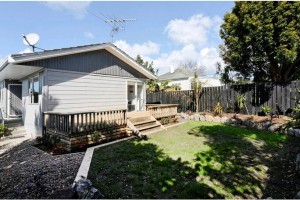 Now you have an idea why the dish and aerial are here at the current points?

It’s all about easy access. Set up the ladder the installer does not even have to go on roof to make the work done.

Does it look good here? I don’t think you will agree with me. If I were the installer, I go on to the roof, install them at the center point of back slope. By the way, be ready for a digital switch. The current aerial is not Freeview HD digital switch ready. It’s time to choose a new location. Why not, it does not cost you extra at all but your house looks much decent after the dish and aerial hidden behind sight line.

Example 3: Selling an old house? but before that when won’t you invest some little money to make it looks much younger? 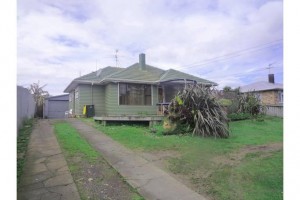 Solution: replace the analog aerial, set up an digital UHF much small one, install it beside chimney so there’s no additional supporting arms. Remove the dish to the other part of house, do not put it in the front part wherever possible, you house will look much nicer, believe me. 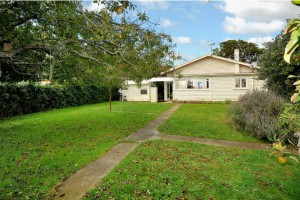 Why the aerial can’t be hidden behind the chimney? Let’s only invent one thing sticking up on the house? Don’t you think it will look much better.

Many Auckland old houses are simply designed but simple is a good style already. I was annoyed by the poorly installed aerials everywhere. Time to make a change for the city skyline right by the time of New Zealand going digital era. Let’s think about the aerial locations seriously and it does not cost you anything but only a few minutes, why not then?